Showing posts from December, 2012
Show all

Return to Middle Earth in 48 frames a second 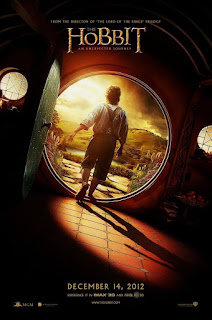 I've learned a lot in the last ten years.  While I like to think that I'm the same as always, experience has definitely had an impact on me. One constant is that 'The Lord of the Rings' has remained my favorite movie franchise.  It's a pinnacle in cinematic achievement and an inspiring series of movies.  They haven't lost their luster.  However, I don't care for the extended editions as much as I once did.  I now recognize that the theatrical releases are superior edits in most ways (the one exception to that is the exclusion of Saruman's death). It was easily foreseeable that 'The Hobbit' would see its big screen debut with all the money there was to be had.  I'm glad the same New Zealand team took on the project.  Much of the world has looked forward to returning to Middle Earth through their unique perspective. Peter Jackson did loose some credibility with his overindulgent 'King Kong' movie.  When I first saw 'Fellowsh
Post a Comment
Read more
More posts