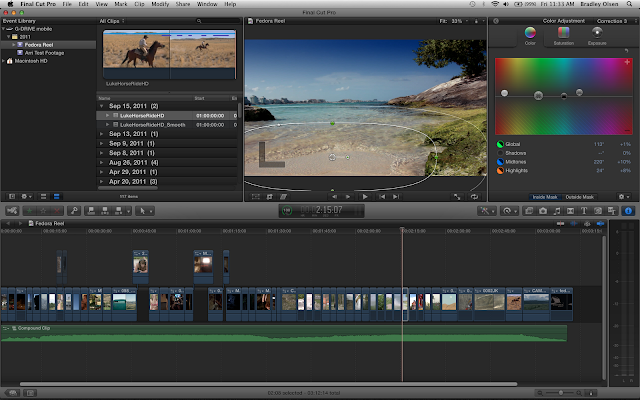 I know there are a lot of haters out there but Final Cut Pro X is the most amazing NLE (Non-Linear Editor) I've ever used.  I started editing as a kid on my brothers' computer using Adobe Premiere v4 over 13 years ago.  Since that time I've cut on Avid Media Composer, Symphony, and Express.  I've also used Final Cut Pro since version 2.

This new version of Final Cut does have a few bugs and I recognize that it needs a few features added in order to be compatible with other software used in professional post production.  I had some hurtles to overcome and needed to rethink the way I edited in some ways.  But now that I've given it a chance I am blown away by the sophistication and power built into such an intuitive program.  Especially when you consider the price point!

I've also been teaching myself DaVinci Resolve, there's a "Lite" version available as a free download.  It's been a lot of fun to learn that workflow and it gives you so much power and control over video images.  Even the free version is not as limiting as one might think.