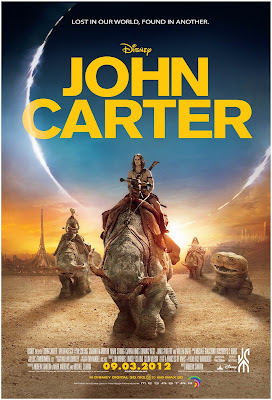 This is a movie I've been looking forward to seeing for a couple of years now.  It all started in March, 2010 when Michael Stone (aka "Garrett") asked me if I would take a long drive with him to the Wahweap Recreation Area just outside of Page, Arizona and back to Salt Lake, all in one day.  He had an interview lined up for a production assistant position on what we were told was "Pixar's first live action movie."  The hope was that I could be squeezed in for an interview too if I tagged along. Plus he wanted to take turns driving.  Anyone who knows me knows I said I'd go, absolutely!

I was thrilled to get even a remote chance of being a part of such an amazing project.  Andrew Stanton (of Pixar fame: Finding Nemo, Wall-E) was directing his first live action movie and it was based on a classic sci-fi book published in 1917 (that unfortunately I'd never heard of) called "A Princess of Mars".  It sounded so cool.

There wasn't a silent break in conversation the entire trip down there or on the way back up.  Just too much excitement.  We arrived midday searching for the address provided.  Garrett made a quick call and we found the place.  It was a small information center/boat rental store.  A paper was taped to the door letting visitors know that the place was closed for regular business. 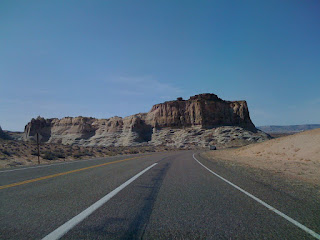 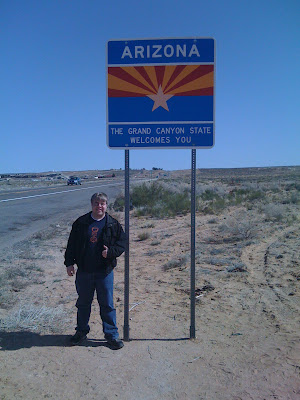 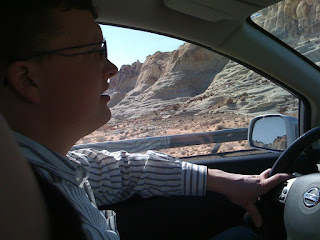 Garrett checked in.  Andrew Ward, the Second Assistant Director, came out to greet us, fortunately he said it'd be fine for me to sneak an interview in too.  Then he noticed my U2 t-shirt and jokingly said I had the job because I wore the right shirt!

While Garrett was in his interview I waited nervously.  But I tried to hide it from crew members who came in and out. Office assistants buzzed around in the small rooms, faxing and making phone calls.  One burly man came in and jokingly asked about boat rentals, he was obviously crew and I got a chuckle out of this.  This is where magic happens.  Film crews are often overworked and under appreciated so I wondered if they had any idea how badly I wanted to be a part of what they were doing, even in the smallest way.

Garrett came out of his interview professional yet sheepish, which is in his nature.  I'm the polar opposite.  Now it was my turn with Andrew.  We had already got off to a good start thanks to my shirt.  Andrew was from Ireland, a huge U2 fan, and had even worked with their band manager, Paul McGuinness.  How could this interview go wrong?

After a few laughs the excitement died down and we got to business.  He asked me about my experience in film.  I told him what I was doing at the time, mostly shooting and editing web videos for corporate clients.  He said he saw this as the future of production and asked me why I would want to leave that for this.  I explained that working on epic movies would fulfill my passion and dreams.  He shared his passion with me, his love for photography.  Then he showed me a video he shot of U2's opening in Spain on their 360 tour.  It was around then that his assistant came in and reminded Andrew that there were other candidates waiting for their interviews.  I felt a good rapport with Andrew and really hoped he would hired me.

Then two weeks later the call came.  Andrew's assistant informed me that they really liked me, would keep my information on record, but that production assistants with nine plus years of experience had applied and they decided to go with them instead.  So I didn't get the job, bummer.  Garrett was passed on as well.  Less than a year later I made friends with someone who did get to work on John Carter.  Antonio Lexerot, a local independent filmmaker, got a job as Williem Dafoe's stunt double.  Antonio's skills on stilts paid off.  A skill required to play a nine-foot-tall Thark from Mars.

Fast forward to today and we finally get to see the result of all the hard work put into this ambitious project.  And it is a fantastic result.  A movie that has plenty of potential to do really well at the box office.  So why does the media forecast doom and gloom for John Carter?  Why haven't my friends been highly anticipating its release?  There has been no hype for John Carter.

Disney sunk $250 million dollars into this giant epic of a movie.  So at some point they believed in this project.  Yet they've done little to promote it.  A perfect example of how broken the studio system really is.  Over the past couple days and weeks I've seen evidence of their stupidity come to light.  First mistake, this is clearly a summer movie.  And in fact, its original release date was scheduled for June.  Why did they move it up?

Another mistake, market a movie for what it is, not what you wish it was.  The movies title was originally "John Carter of Mars".  Dropping the "Mars" was the result of market research that said young girls wouldn't go see a movie that had "Mars" in the title.  They successfully marketed the Pirates movies. Why did their market research team not come back saying that young girls don't like "Pirates"?  And so what if not every person and their dog wants to see this movie?  Is there a single film out there that EVERYBODY likes?

So Disney put a ton of money into a movie they don't know how to market.  Since they couldn't solve the problem they decided to drop the ball entirely.  As a result when I texted friends encouraging them to watch the movie they either replied that they didn't know anything about it or that it looks stupid thanks to crappy advertising.

Disney, the corporation that convinces pre-teens that poorly made bubblegum music is worth killing for, can't figure out how to market a movie that's even better than the most successful box office movie to date, Avatar?

Better than Avatar?  Of course it is.  First, let's look at the similarities.  Genre: sci-fi/fantasy/action-adventure.  Story: a man finds himself on a foreign planet and must chose sides in an en-evadable war.  Characters: primitive indigenous tribal race, militaristic humans, and a love interest that wins our protagonist over and convinces him to fight for her cause.  Budget: $250 millionish.  And so on...

However, John Carter has a key difference that makes it far more pleasant than Avatar.  It's not preachy.  Complicated issues such as war, natural resources, race, and greed are so dumbed down in Avatar that they have no meaning.  John Carter touches on similar themes without resorting to one dimensional characters with obvious agendas.  The irony is how one dimensional Avatar's characters really are for being in such a visually stunning 3D movie.

John Carter is a fun, entertaining, adventurous movie with plenty of action, romance, and a good measure of comic relief.  If you enjoyed Star Wars, Star Trek, Lord of the Rings, Pirates, Harry Potter, or any similar movie I see no reason why you wouldn't like John Carter.

My hope is that audiences become smarter than the studios (studios who feel inconvenienced by and obviously hate their audiences).   A bit of research on who is actually behind making your favorite movies (the writers, directors, producers, etc) and what their next projects are will result in a more enjoyable experience at the cinema.  Remember, studios can only make movies people are willing to pay to see so make your dollar count!  Go out and see John Carter!

I totally know what you mean about "market research". Most of the time, "market research" is really stupid. I love how Steve Jobs puts it -- "It's really hard to design products by focus groups. A lot of times, people don't know what they want until you show it to them." Most aspects of movies are exactly the same way.
July 2, 2012 at 8:06 PM