February 10, 2013
Trapped indoors on a snowy afternoon, I found myself bored and playing with my iPhone's camera yet again.  The following images illustrate a concept I often find myself explaining to clients or students new to film making.  It shows why I prefer to shoot a flat image and play with the contrast and saturation later as opposed to doing it in camera.  The iPhone's camera is decent for a smart phone, but it doesn't hold a candle to a DSLR or professional camcorder.  So due to the lack in quality and the low lighting in the room these images aren't the sharpest or cleanest.  But they still get the point across. 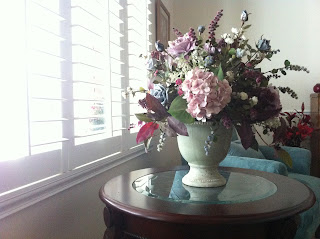 In this first image I exposed for the vase.  It shows the limitations of my iPhone camera's dynamic range (the values from black to white).   This is similar to what the contrast looks like when a camera is set to standard video settings.  The windows are blown out, and even the highlights on the flowers are clipped.  While the image looks subjectively "good" it is not ideal. 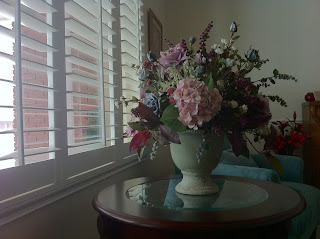 This second image was taken using the iPhone's "HDR" (High Dynamic Range) option.  The iPhone accomplishes a higher dynamic range from its camera by taking two exposures, one faster and one slower, and combining them (this can have undesired artifacts and isn't ideal for every picture).  The result is more information from the whitest white to the blackest black.  This image looks flat or lacking in strong contrast, and even a little too dark.  To the untrained eye it is not as good as the first image.

I took the HDR image into Adobe's Photoshop Express app and did some minimal adjustments. 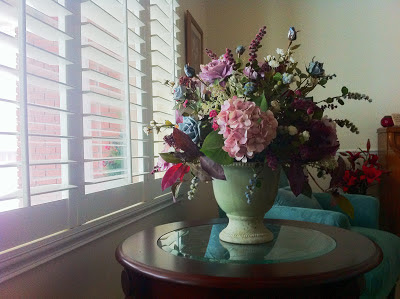 It has more vibrant color and better contrast than the original image while not completely blowing out the window.  You can also see that the highlights on the vase and the flowers are retained.

While this is not a perfect test with high quality equipment, I believe it illustrates my point.  The more information you gather in the original exposure the better you can make it look later.

Ideally one is able to shoot in RAW mode on a DSLR or higher end digital cinema cameras.  RAW retains more of the information captured by the camera's sensor so things like white balance, sharpness, and exposure can be adjusted later.

To make a JPEG the camera has to bake settings into the image and information is lost.  Shooting with a flatter picture style will retain some of the detail that would otherwise be lost.  Professional camcorders and digital cinema cameras have film-like picture styles or gamma modes attempt to save more of that detail.

Image sensors are improving all the time.  More color, more dynamic range, more resolution...  I do my best to get the most out of them.